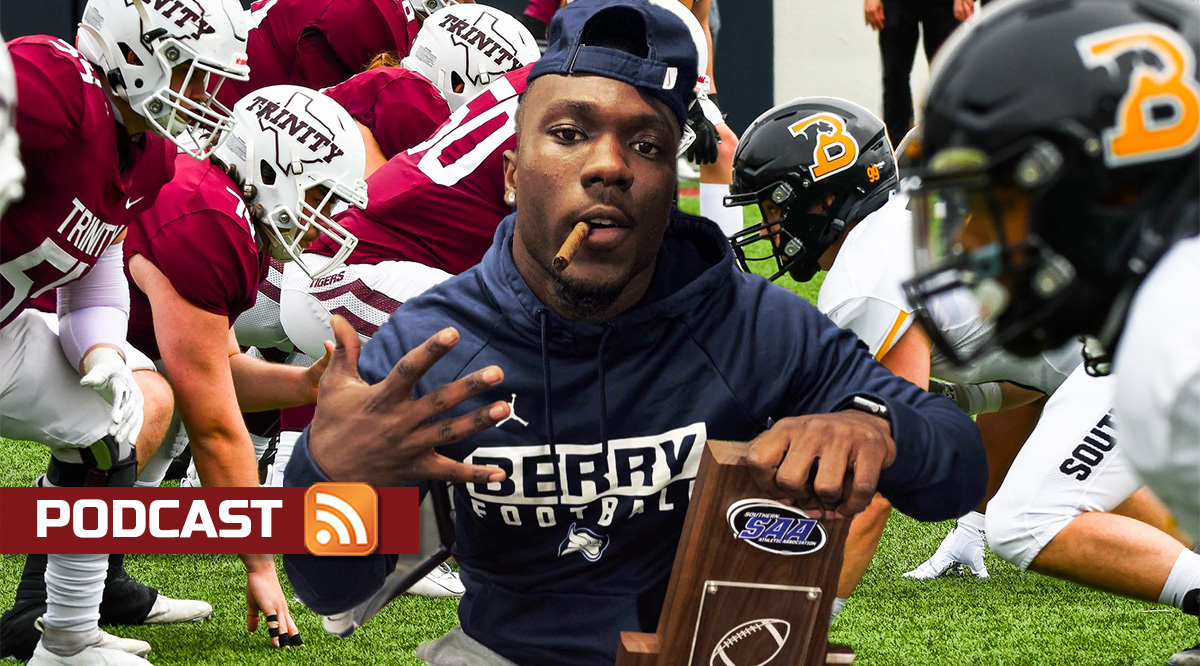 Sam Sura had a busy day, carrying 40 times for 119 yards for St. John’s in the Johnnies’ win vs. Bethel. (St. John’s photo by Richard Larkin McLay)

The playoff picture began to take shape this week, as 14 of the 24 automatic bids were claimed. Pat and Keith talk through the teams who are in, who has yet to clinch and who might be in line for the Pool B bids.

Meanwhile, did Wabash and St. John Fisher move onto the bubble or all the way off of it? What are Centre’s chances like if they pick up a loss next week? Keith and Pat discuss the upsets, the near-upsets and much more in this week’s Around the Nation Podcast.

Plus they hand out their game balls, look at teams on the rise, under-the-radar highlights, key stats and more.