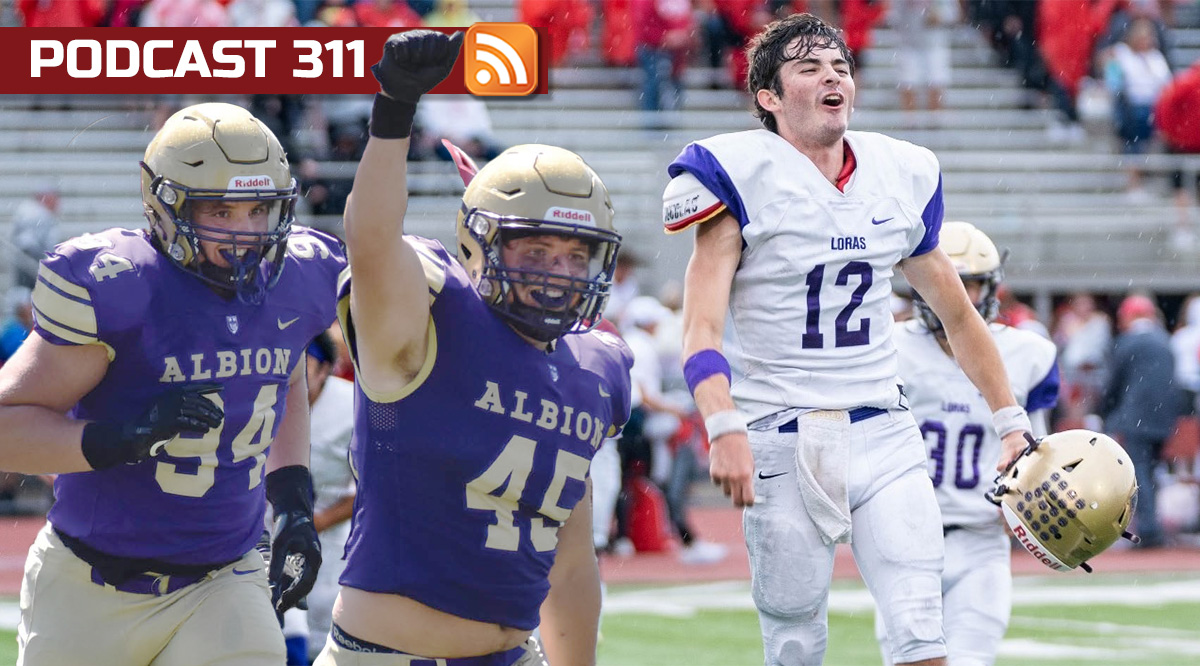 In a week where some of us didn’t really expect any upsets, instead we got a couple of big ones, where Loras got two shots at a last-second field goal to beat Central, and Case throttled Washington & Jefferson’s offense. Plus, two of this week’s No. 1 votes went to unlikely places. Why did Hardin-Simmons get a No. 1 vote, and why does it not really actually matter?

We talk with Albion coach Dustin Beurer after his team won handily at Rose-Hulman on Saturday to improve to 3-0. He tells us he had one big takeaway from last year’s playoff loss to UW-La Crosse, and what his players had to do to get better, and it may not be what you would expect. He talks about that, the backup who is now leading them for the near future, and how he keeps the tradition of the Britons’ 1994 national title alive for his players, in our Fast Five segment.

Albion broke through into the Top 25 this week, but can the Britons break through and win a playoff game this year?

Plus, are pass breakups the new assists? What actually happened at quarterback for Hobart in Week 2? Pat and Greg talk about key stories from each region. Look at the bottom of this page to see all the teams listed. That’s who we talk about in this podcast, and probably more.

Fan question in our mailbag from Brock Reisler @brockreisler: Is the ARC Wartburg’s league to lose now? Does yesterday’s Loras/Central say more about the Duhawks or Dutch? #d3fb

Is this a breakthrough game for Loras? Or does this talk more about Central?

Greg gave his game ball to Gallaudet’s Brandon Washington. Here’s what was said:

Greg: My game ball’s going to Brandon Washington, a sophomore slot at Gallaudet. Washington rushed 28 times for 160 yards and one touchdown. He also completed three of five passes for 80 more yards and two more touchdowns. And he caught two passes for 60 more yards. And one more touchdown. The receiving touchdown would be the go ahead score in the Bison’s 34 to 31 win over the University of New England, a phenomenal effort by Washington and for passing, running, and receiving touchdowns all in the same game, he gets my game ball.

Is there a name for that, Pat? Is that a hat trick? A triple crown? What do they call that? 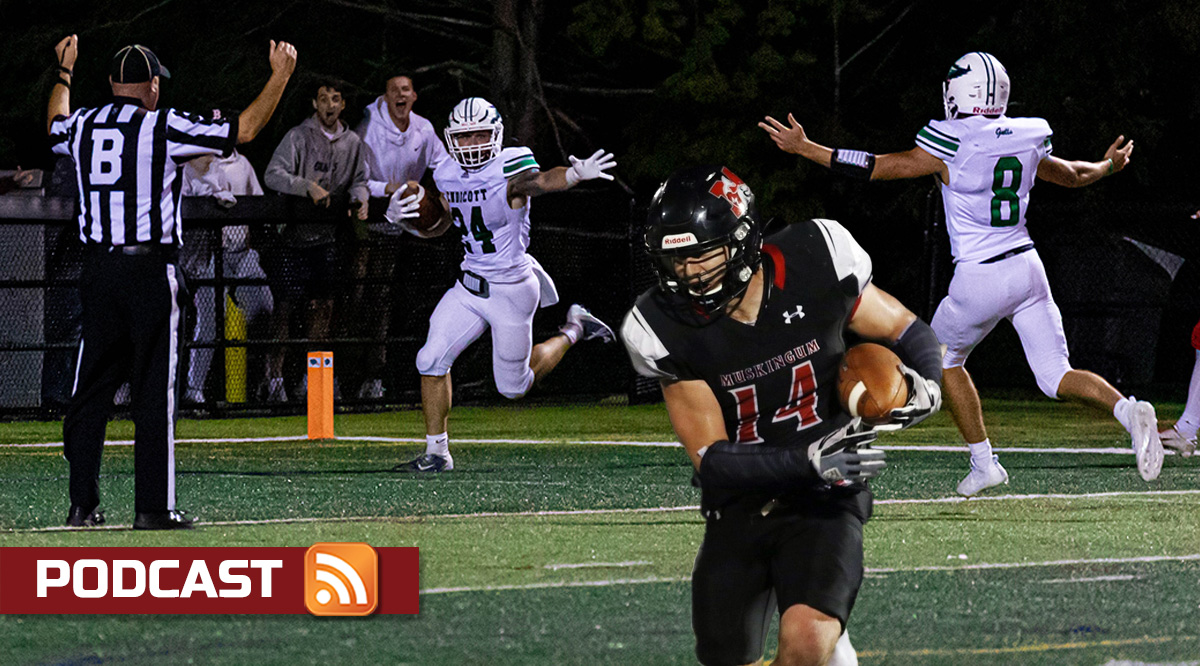 We got our first look at the defending national champions this past week, and against a ranked team as well. What do the Cardinals look like? Greg Thomas has his take, and it’s bad news for the rest of Division III football. Plus, we got to see UW-Whitewater against a Top 10 team, and that was super enlightening as well!

Plus, Pat and Greg hand out their game balls, including one to a special teamer, and dig up the great off-the-beaten-path highlights, the weekend’s surprising results. Plus, we take a look at the games coming up in Week 3. All that and more in Podcast 285. 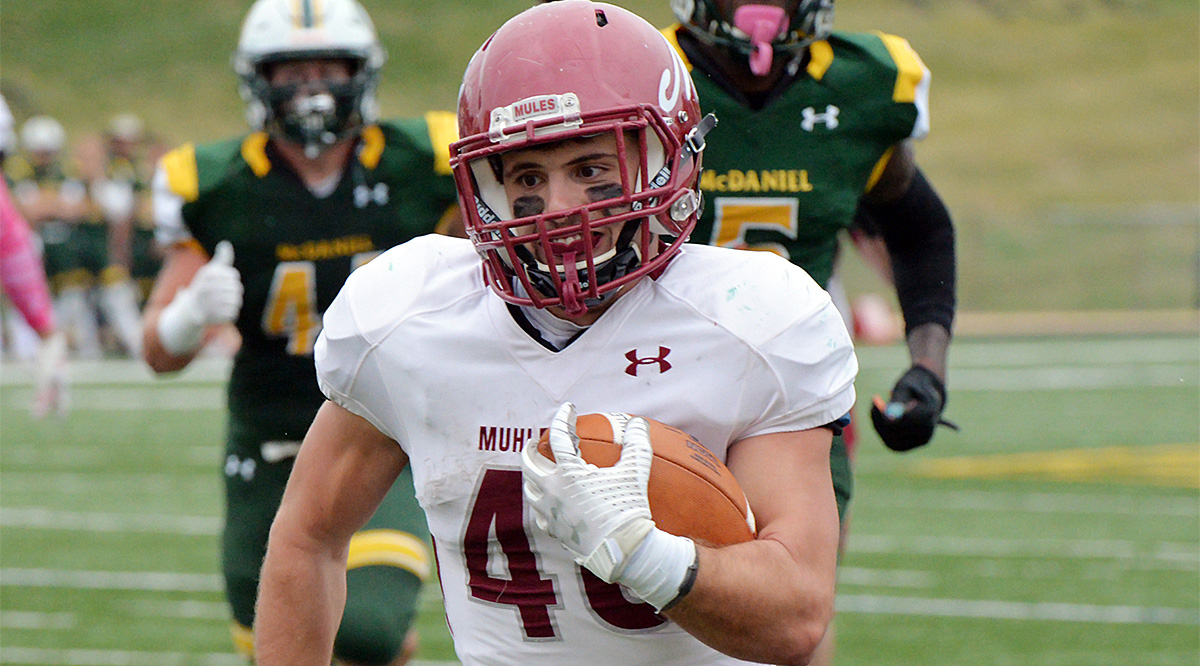