It was a surprising win for Misericordia, a surprising comeback for Thomas More. There were some great defensive performances and there was some good kicking as well. Yes, we can give a kicker or two a game ball, right? And we’ve been talking about this rant by Widener coach Mike Kelly, which came before his team lost in Misericordia’s sixth win ever, so we’ll really get down to it. We also hear from Thomas More coach Trevor Stellman about his team’s rally vs. UW-Platteville.

Meanwhile, some teams have friends in low places, others get knocked down but get back up again, and it’s all good on the Week 3 Monday D3football.com Around the Nation Podcast.

Bonus link: Baldwin Wallace-Mount Union broadcast archive. The BW team runs out at about the 18:00 mark.

Purchase Football For a Buck: The Crazy Rise and Crazier Demise of the USFL from Amazon (and D3football.com gets a buck or so in the process). 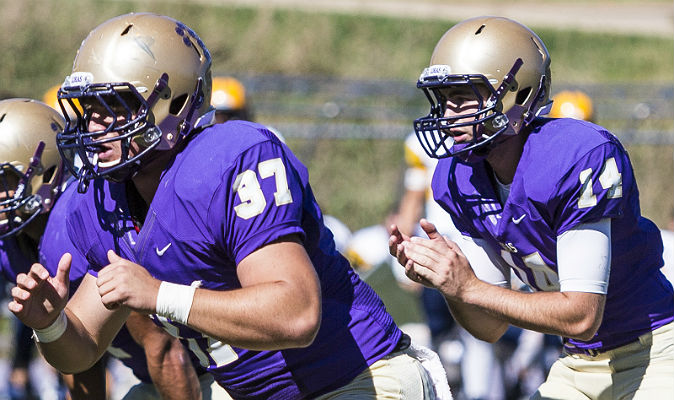 We might question whether some teams are as good as we think, and some Top 25 voters might be asking the same questions. Other teams are right where everyone thought they would be. And in some places, there’s new excitement and new life for football. We look at those teams, plus, which are the teams on the rise? What key highlights happened below the radar? Pat and Keith answer those questions, plus hand out their game balls, on this week’s Around the Nation Podcast. 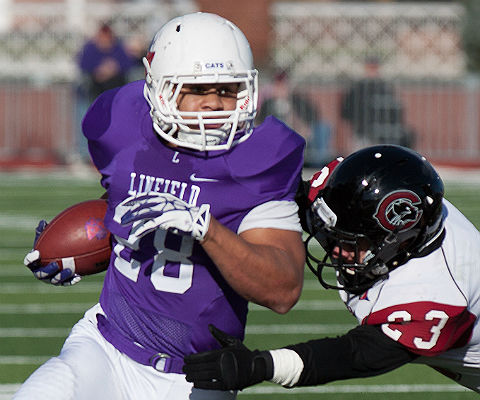 Typically we’re not dropping the first Around the Nation Podcast episode of a particular season until after the first week of games, but the 2015 season is coming quickly and we’re looking forward to it.

Like most seasons, you can hope that this season will feature a different shade of purple at the end. Or, perhaps no purple at all. It could happen. Let’s discuss some of the possible teams. Plus, we’ll tell you what we’re working on for Kickoff, which is published at noon ET on Tuesday, Aug. 25.

If you’re new to D3football.com or Division III football in general, the Around the Nation Podcast is a weekly conversation between Pat Coleman and Keith McMillan covering the wide range of Division III football. It drops on Monday morning weekly throughout the season. Use it to get all up to date on everything in Division III.