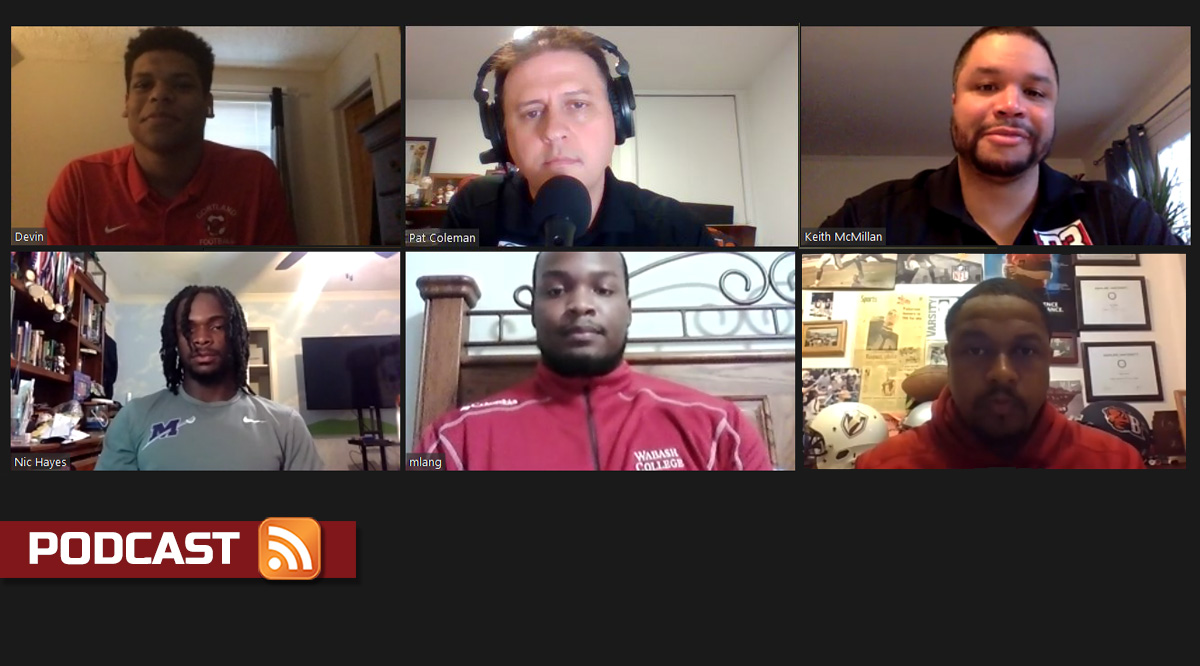 In the aftermath of the murder of George Floyd, we held off on our May podcast episode.

Whatever we had planned would not stand up to what the country was going through, and as many podcasts and content creators turned to amplify Black voices, we knew we needed to do the same.

This upcoming season, if there is one, 17 Black men will be head coaches of Division III football programs. One of them, Chip Taylor of Hamline, was on Lake Street in Minneapolis on Memorial Day, just hours before and blocks away from where Floyd was killed. We talk with Taylor about his reaction, the immediate aftermath, plus his Hamline program and how they wrapped up recruiting during COVID-19, not to mention changes coming to the Minnesota Intercollegiate Athletic Conference.

That’s just one of the voices you’ll hear on this podcast, though. We also invited three Black Division III football student-athletes, from a variety of backgrounds, to talk about when they realized that this was the killing of a Black man that would bring about a change in perception, as well as their experiences on campus as young Black men, and how they work as leaders on their campuses. Please take the time to listen to Nik Hayes of Millsaps, Malcolm Lang of Wabash and Devin Smith of Cortland as they and Keith McMillan tell their of their stories and experiences.

And then, there is some news to tackle right now, even in the uncertainty surrounding the fall season, as Wesley College appears to be on the verge of either going under or getting acquired by/merged into Delaware State University. What would happen to their football program? We chat with Sean Greene, the Wolverines’ longtime play-by-play voice on WDEL Radio.

We discuss that and more in Podcast 275. 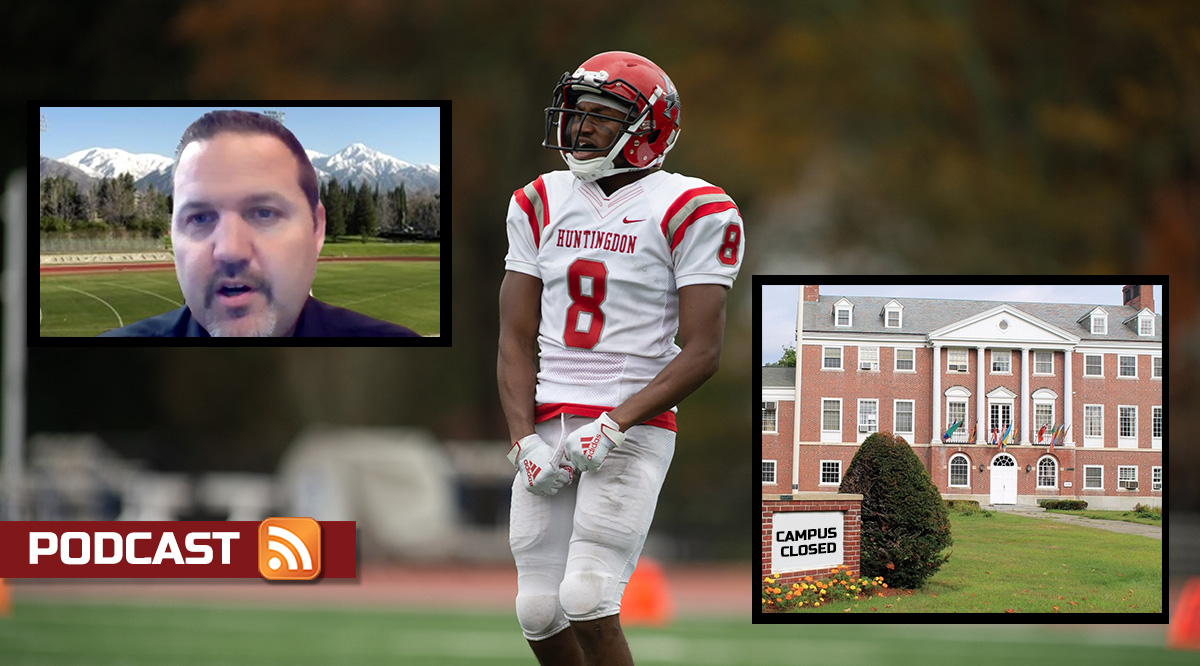 One school has announced already this spring that it is closing, and who knows whether there will be more?

How many Division III student-athletes missed out on their NFL opportunity because of the shutdown of pro days and in-person scouting?

What kind of Division III football season will we see this fall? Will we see it in the spring instead?

In this edition of the D3football.com Around the Nation podcast, we talk with one coach who held an online spring practice, another who got four actual on-field practices in, and then we talk about the big picture of college and college athletics here headed into the summer.

Huntingdon and coach Mike Turk got the players together on the field for a few practices this spring before everything closed down in March because of the COVID-19 pandemic. Kyle Sweeney held his spring ball with Claremont-Mudd-Scripps entirely on Zoom. You’ll hear about their different experiences in Alabama and California in their podcast interviews. Dan Dutcher, the vice president for Division III at the NCAA talks about the chances of spring football. And Chris Pesotski of Cavalier92 Consulting, a former D-III student-athlete and coach, gives his take on where higher education is headed in this time of uncertainty. What’s the most important thing coaches can do at this time? Plus, Pat and Keith play matchmaker and give their dream non-conference game for any season.

We discuss that and more in Podcast 274. 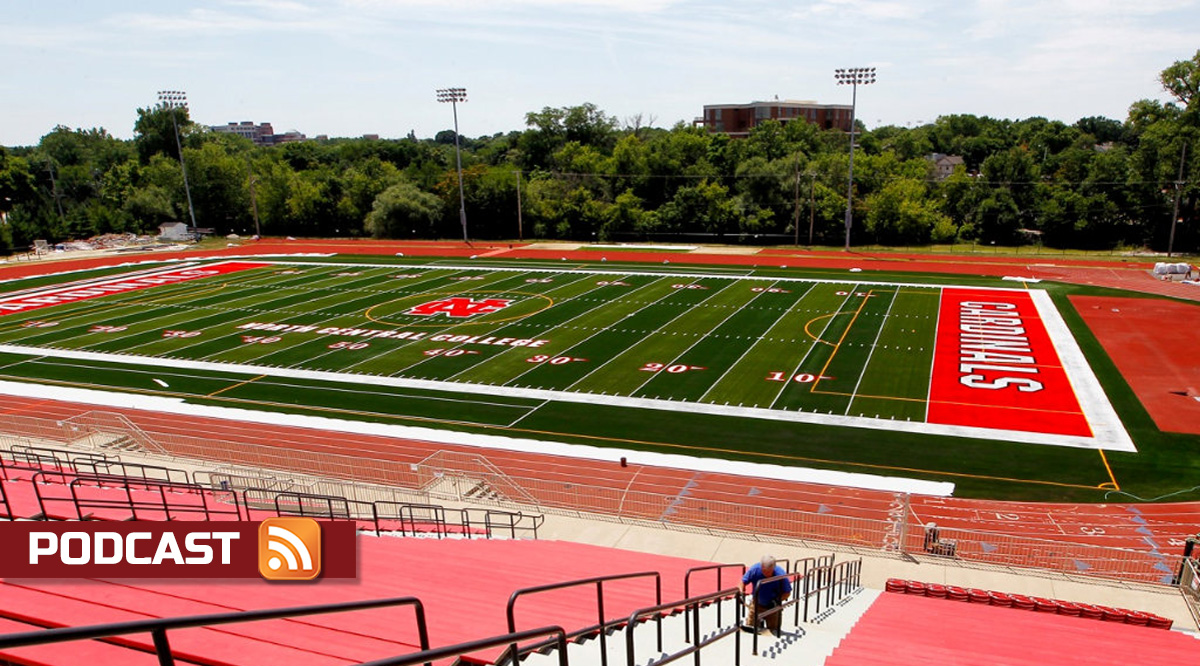 The fields will stand empty this spring, as college campuses across the country are devoid of student and athlete alike. The Division III football spring practice will be even more non-existent than usual.

Dozens of new coaches won’t get to see their teams in action, even if that action had been without helmets and pads. Hundreds of quarterback hopefuls won’t get to show off their skills in an organized setting.

And yet, all this pales to the threat each and every Division III coach, player and fan, across all sports, faces from the COVID-19 virus — a virus that even helped bring a school to close its doors permanently, with perhaps more to come. In this edition of the podcast, Pat Coleman and Keith McMillan talk with three coaches who are all helping their student-athletes face likely the most significant adversity of their lives.

That starts with MacMurray coach Chris Douglas, whose entire team and school was disbanded out from under him last week. He talked with us less than 24 hours after the new broke, to talk about how he and the school were helping his student-athletes and what plans they might have for continuing to play in 2020, for different programs.

We also talked with Jeff Thorne of national champion North Central. His spring practice would have been spent helping figure out who would take the quarterback reins from D3football.com Offensive Player of the Year Broc Rutter. Instead, it is spent sheltering at home, meeting with players online and looking for innovative ways to upgrade the Cardinals’ X’s and O’s. And we also talked with FDU-Florham coach Jimmy Robertson, who just took over the program six short weeks ago — or maybe it seems like longer than that. His vision for turning the Devils around starts with a plan, one which the team will have to start by working out at home.

Pat and Keith discuss that and more in Podcast 273.