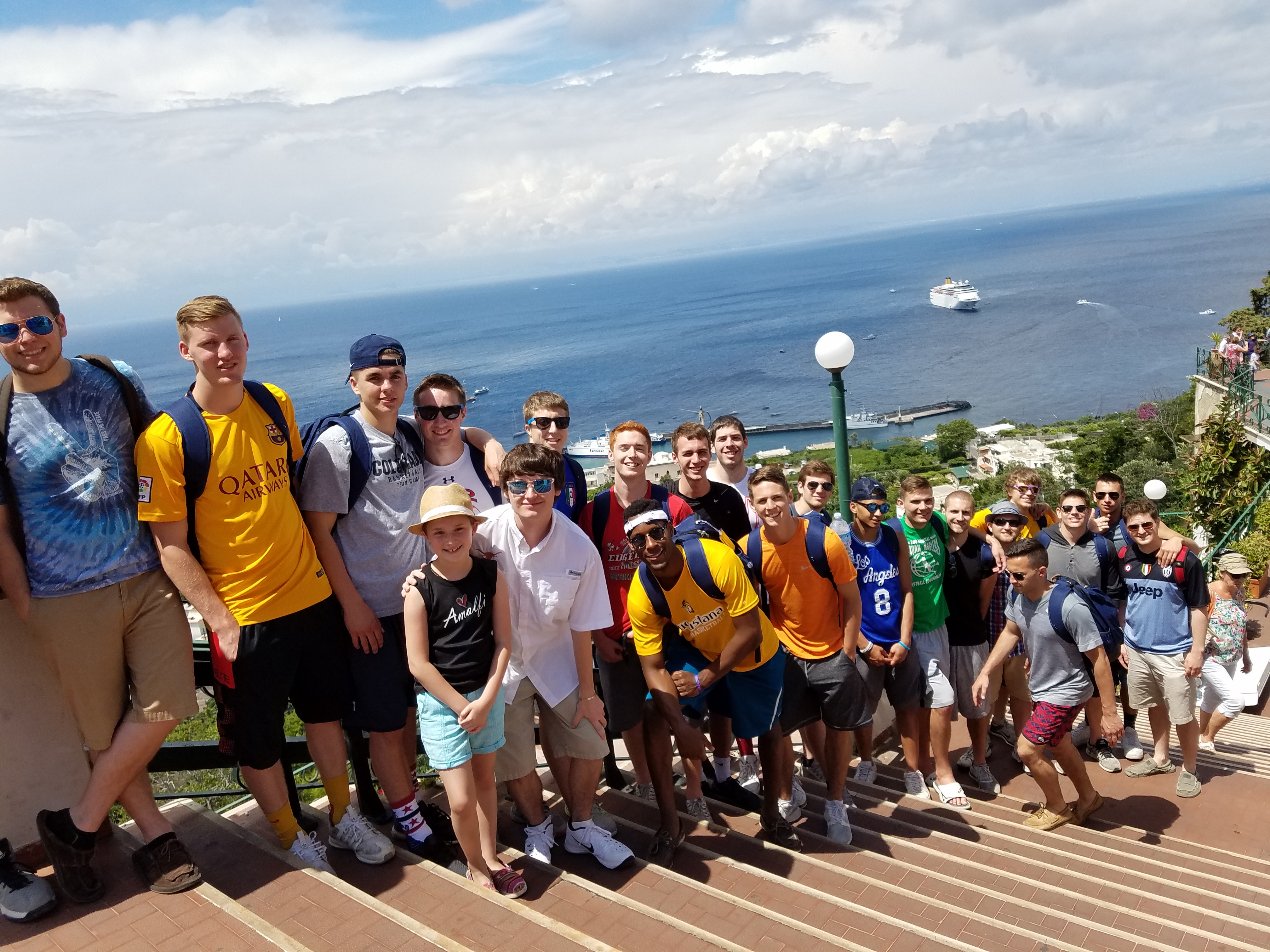 We headed down to breakfast and it was good but the best item at breakfast was this sausage wrapped in breading. I know this doesn’t seem like a breakfast food, but it was really good.

Next we took a stroll down the hill to get on our bus to go to the historic site of Pompeii. Pompeii is a remarkable city because of what happened to it. The Roman city was covered by the volcanic eruption of nearby Mount Vesuvius in 79 AD causing 13 to 20 feet of volcanic ash to bury the city. It lay undisturbed for nearly 1800 years until rediscovered by the Spanish. The city is perfectly preserved as it was when the eruption occurred. Only about 40% of the town was restored and the rest they try to keep from being destroyed.

I took a couple of the guys and headed to a restaurant where I had the best pizza I have ever had in the world. The freshness of the sauce was truly incredible. After that we headed to the higher points of Capri, where we then had some amazing views of the Mediterranean Sea and the rest of Italy. At the top of Capri we were looking for a beach where we could relax and unwind because we’ve already seen so many amazing things. Our quest for the beach was altered when we couldn’t find one in the upper Capri, so we traveled back down to the lower part of Capri and finally got our relaxation time. We spent some quality time with each other and really soaked up what we were seeing.