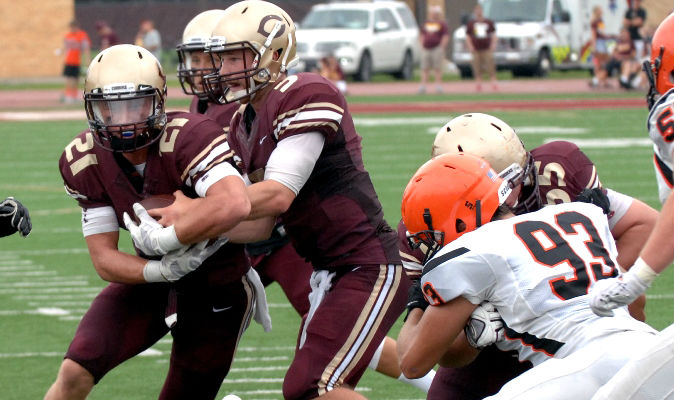 In quite a few places from coast to coast this weekend, the time for mismatches is over. Whether conference play is getting underway like it is in the Empire 8 and OAC, or teams are looking for one more good non-conference test, like our games of the week below, teams are getting on their levels.

By that I mean they’re beginning to play the contests that will define them this season, the ones they’ll look back on with pride if they emerge victorious. Players don’t care about rivalries nearly as much as the alumni. They love the games that push them until the fourth quarter, until sweat drips down between their helmets and faces, and they can put their hands on their knees or hips and exhale, knowing that was tough. We’ve got a bevy of those in Week 3.

All of us who aren’t putting on pads this weekend get the benefit of watching. Since many of our 247 teams are in action, Around the Nation columnist Ryan Tipps, editor and publisher Pat Coleman and I provide a seven-point primer on where to look for this weekend’s highlights. Enjoy.

Which team gets its first win this weekend?

Which team bounces back from a tough loss?

Pick a team with a funny name but serious game this weekend. 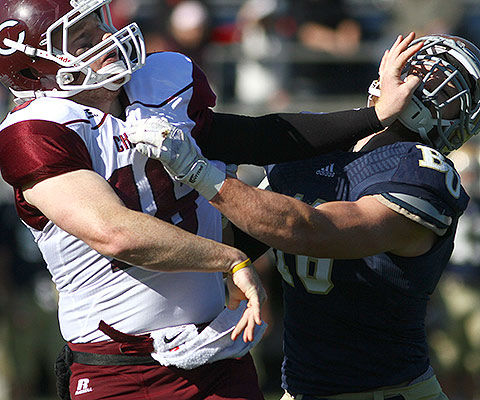 Chicago had its hands full at Bethel on Saturday. (Photo by Ryan Coleman, d3photography.com)

A few unbeaten but unranked teams had the opportunity to prove themselves against opponents with a little more prestige on Saturday. But in the end, Chicago, Gustavus and Emory & Henry couldn’t get over the hump.

Of course, those losses, and others by UW-Stevens Point and Wesleyan, still leave Division III with nearly two dozen unbeaten teams. That seems like a lot for this time of year, but that’s not too unusual.

We remember what an unpopular decision it was to hire the guy who has won 100 of his first 106 career games as a head coach and talk about who to re-evaluate in the Top 25. Plus, Pat and Keith each give out their game balls, look beyond the obvious games to some underappreciated highlights and much more.

There were some great games in the first round. Some of them were supposed to be great games between evenly matched teams, and in most cases, we got them.

And then there was what Wartburg did on Saturday. Just wow, folks. Keith McMillan and Pat Coleman try to figure out what happened and what we all missed about a Knights team that crushed Illinois Wesleyan on the road in their opening-round game.

Plus, Pat actually talks to Keith about defense, rather than vice versa, END_OF_DOCUMENT_TOKEN_TO_BE_REPLACED