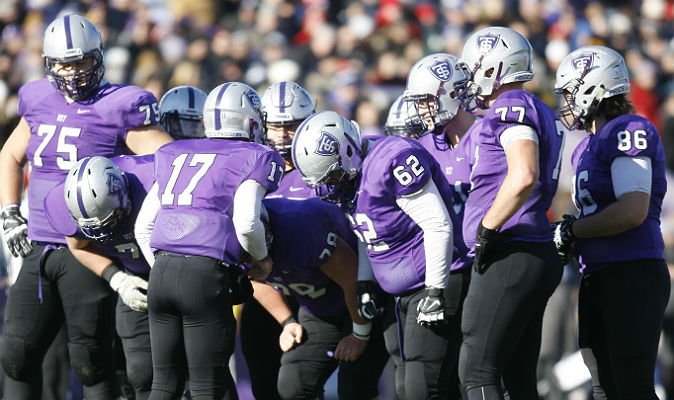 After a disappointing first round, this was exactly what Division III football needed, including competitive games, a big play for the ages and more. Pat and Keith talk about each second round game, give their takeaways for each game, plus preview the quarterfinals and hand out their game balls on this week’s Around the Nation Podcast.

The Around the Nation Podcast is a weekly conversation between Pat Coleman and Keith McMillan covering the wide range of Division III football. It drops on Monday morning weekly throughout the season. Photo by Caleb Williams, d3photography.com 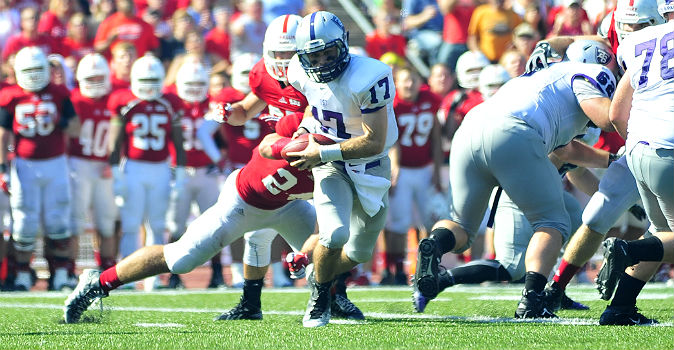 The road to Salem gets a little more rugged in Round 2. The top 11 teams in our poll are all still alive, and eight of them play one another head-to-head in Round 2. One of the teams outside that group is traditional power Mary Hardin-Baylor, which is ranked No. 13 but would be expected to beat just about everyone outside the top 5. Likewise, Wesley is a lower-ranked road team in Round 2, but nobody who’s followed Division III for any amount of time would be surprised if we all picked the Wolverines to triumph.

Here are the matchups by where each team was likely seeded in its quadrant:
3 St. Johns at 1 St. Thomas
4 Thomas More at 2 Wabash
4 Cortland State at 1 Linfield
7 Huntingdon at 3 Mary Hardin-Baylor
4 Albright at 1 Mount Union
3 Wesley at 2 Johns Hopkins
5 Ohio Northern at 1 UW-Oshkosh
3 UW-Whitewater at 2 Wheaton

There are no official seeds released for D-III brackets, but we can determine them based on how the teams are ordered in the regional rankings and by selection criteria, and by where they are placed in the brackets. Only two lower seeds advanced, Ohio Northern in a mild upset at Franklin, and Huntingdon, only because trips longer than 500 miles are discouraged and so second seed Hardin-Simmons faced UMHB in the first round instead of Huntingdon, which was “seeded” seventh and beat No. 8 Hendrix.

Here’s how Triple Takes work during the playoffs. Around the Nation columnist Ryan Tipps, editor and publisher Pat Coleman and I each guess a score for each game without consulting with one another. This sets our national expectation. Then, it’s up to you prove us wrong. What fun would be a playoff in which we can predict all the outcomes? When the score on Saturday looks different than what we forecast below, that’s a signal that something significant is happening.

Round 1 was easy picking. Around the Mid-Atlantic columnist Adam Turer and I each got 15 of 16 correct; Ryan and Pat each got 13. (We all missed Cortland State’s win, and Hendrix and Washington and Lee tripped up Tipps and Coleman). This round should be tougher. Turer made his picks in the comments section, and we invite you to do the same. You want to taunt us when we’re wrong? Put your picks on record before kickoff, below. 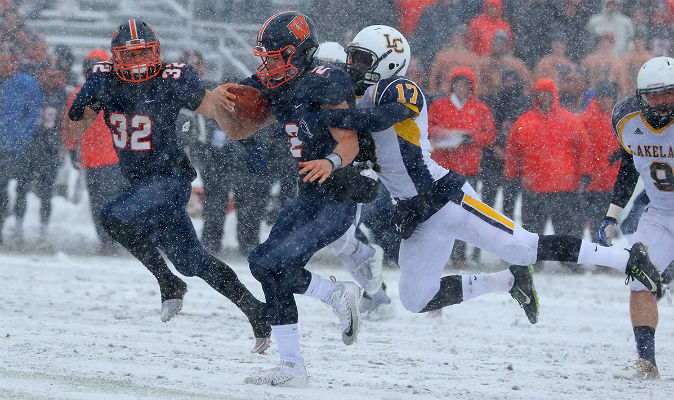 Phew, that was ugly. UG-ly, with a capital U. And a G. In this case, we’re talking about most of the first round of the playoffs we have a coach talking about winning ugly, and another talking about the worst conditions he’s seen for football in 37 years of coaching. Oh, and there was like one good game, so we’ll take about that. But Pat and Keith talk about the flurry of activity in the first round and breeze into the second, plus hand out their game balls on this week’s Around the Nation Podcast.

The Around the Nation Podcast is a weekly conversation between Pat Coleman and Keith McMillan covering the wide range of Division III football. It drops on Monday morning weekly throughout the season. Photo by Jim Rosvold, d3photography.com