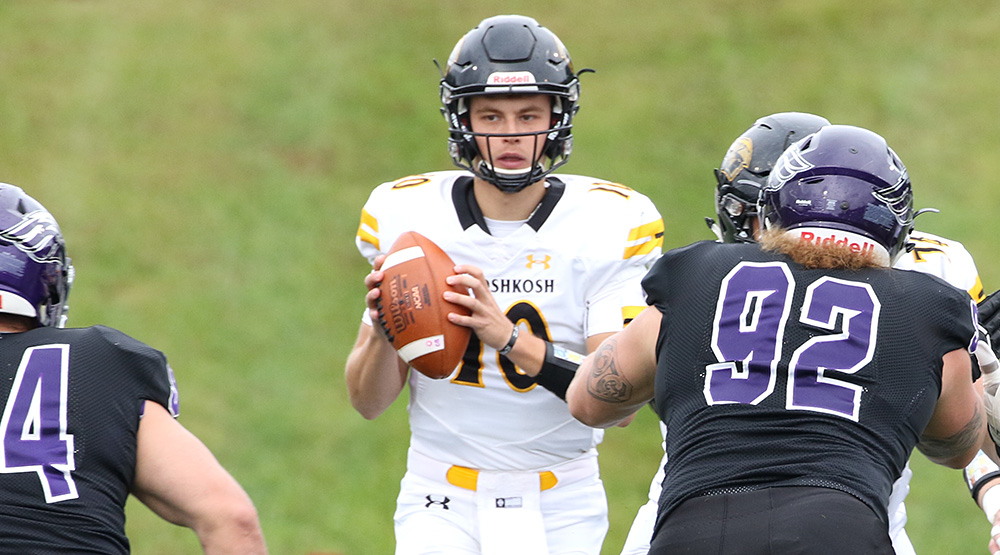 In addition to the big game between St. Thomas and St. John’s, there are lots of other key games, including one at the other end of the rankings. That’s where Earlham, which has lost 49 consecutive games, faces Anderson. A win will keep Earlham from grabbing a share of the record for the longest Division III football losing streak, ever.

Our regular crew is Keith McMillan, Ryan Tipps, Pat Coleman, Adam Turer and Frank Rossi. Our sixth spot goes to a guest each week, and this week’s is James Baker, Frank Rossi’s co-host on In The Huddle. That’s the two of them staring at each other.

Which game is the Week 7 game of the week?

Who bounces back from a noteworthy loss?

Does Earlham get off the schneid this week? 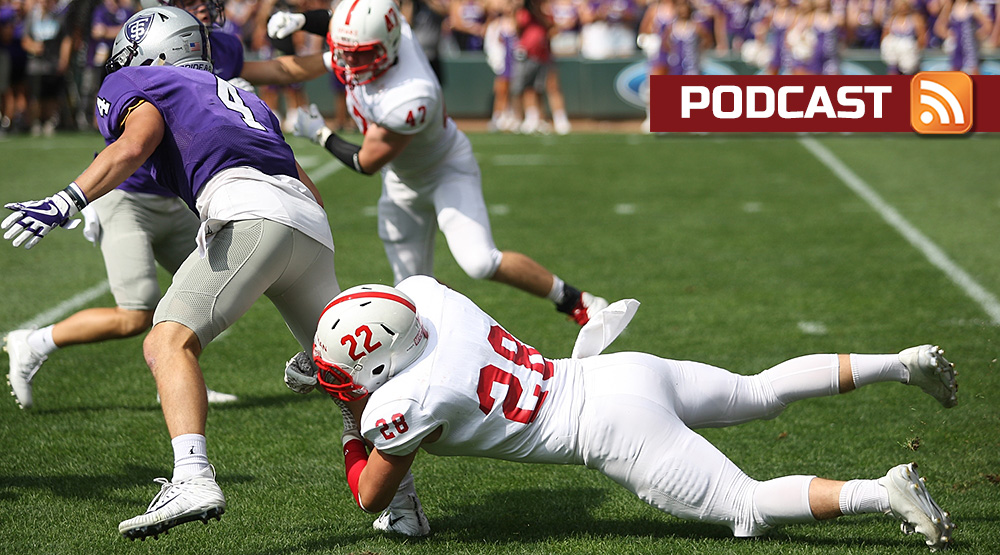 This weekend’s key games include one game for first place, and a bunch of games that could help determine who remains in the playoff hunt. And now, heading into Week 7, there’s just enough reason to begin to really talk about the playoffs. If you’re new to playoff consideration, we’ll give you a quick rundown of how the NCAA calculates and tabulates strength of schedule and where you can find the latest numbers.

This weekend we have the Tommie-Johnnie game, plus a key game in the WIAC and tough tests for playoff contenders in the Empire 8, OAC, MAC and for the one Centennial team which plays this week. Our guest on this week’s podcast is Redlands coach Mike Maynard, plus Pat and Keith and company preview the big games in Week 7.