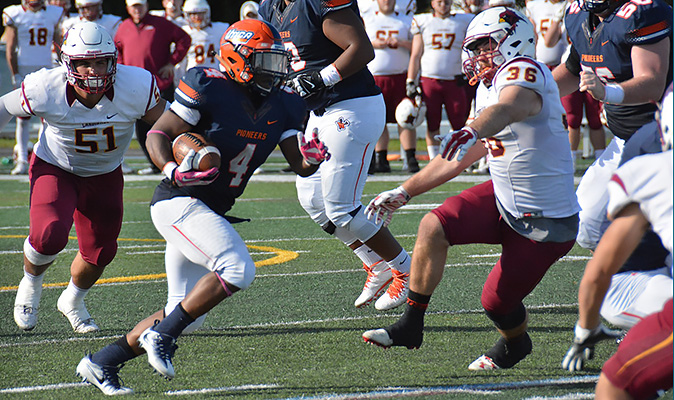 It was another really interesting week in Division III football, with four teams dropping out of the Top 25, two of them plummeting. Similarly, in a handful of conferences, the first-place team and the highest-ranked team in our poll changed over based on Saturday’s results. Pat and Keith break down where things changed in the Empire 8, the Iowa Intercollegiate Athletic Conference and the North Coast Athletic Conference based on Saturday’s games, plus talk to two coaches whose teams have made big turnarounds and much more.