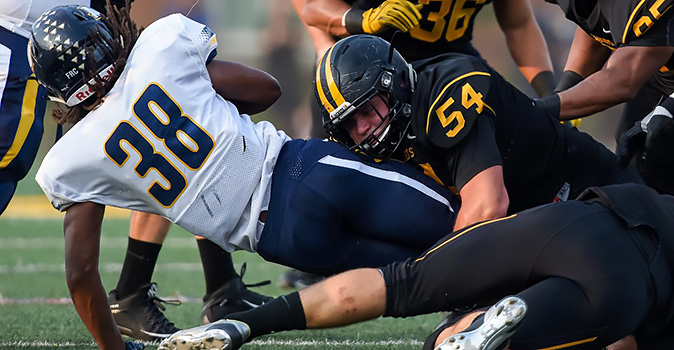 Conference races are coming down to the wire, and some of those key matchups come this week. That includes the game for bragging rights between our founding Around the Nation columnist (Keith McMillan, former defensive back at Randolph-Macon) and our current columnist (Adam Turer, former defensive back at Washington & Lee). Our guest prognosticator this week is Doug Rothschild, a Wheaton football alum who played for coach Swider and is currently the color analyst for Wheaton’s broadcasts.

Which Week 9 game is the must-watch game?

Of the three NCAC teams ranked 20-23, which one makes the biggest statement to Top 25 voters?

Who wins the Around the Nation Classic between Keith McMillan’s and Adam Turer’s alma mater?

Pick an under-the-radar 1-loss team which will pick up its second loss Saturday.