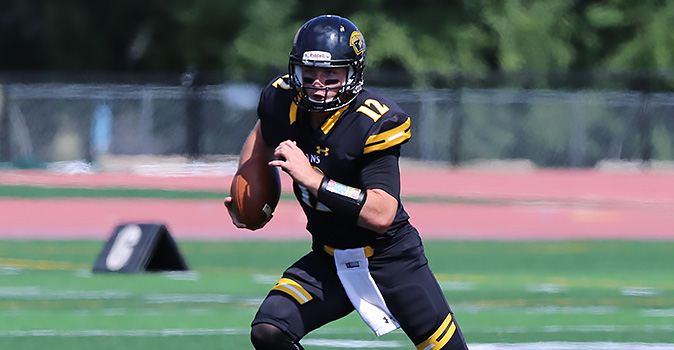 We’re right at the midpoint of the Division III football regular season. Or, if you’re Mount Union, you’re about done warming up. Five weeks before this one and five weeks after, and yes, then a five-week playoff, which some of the teams we mention this week will qualify for. (Perhaps UW-Oshkosh, with quarterback Brett Kasper above, photo by Steve Frommell, d3photography.com) This week’s guest is former Linfield defensive end Ryan Carlson, who runs Catdomealumni.com and does all the great video highlights from Linfield games.

Which game is the game this week?

It’s hump week in D-III: Who serves notice that they’re going to turn things around?

Pick an upset winner in a conference ATN ranked in the 20s.

What’s your over-under on the Guilford/Hampden-Sydney game?

Pretend you have all day Saturday to watch four D-III games in sequence, live. Which four?