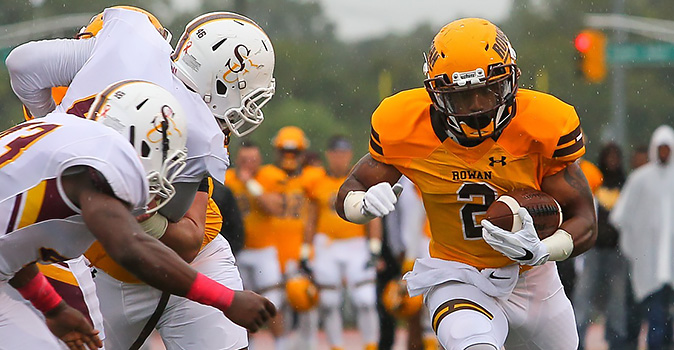 It’s too early for this group to be peaking and on the way down, so we’ve exhorted our panel to continue to bring their best here in Week 8. Our guest this week is Derek Jones, who has called Rowan games on WGLS for more than a decade and not long ago became the station’s general manager.

This week, which game?

Which game between ranked teams will be the closest?

Which team brings its ‘A’ game this weekend?

There are 25 winless teams remaining. Pick one to win this week.

Rowan, Salisbury, Frostburg and CNU each enter the weekend with one loss. Which team(s) stay that way?