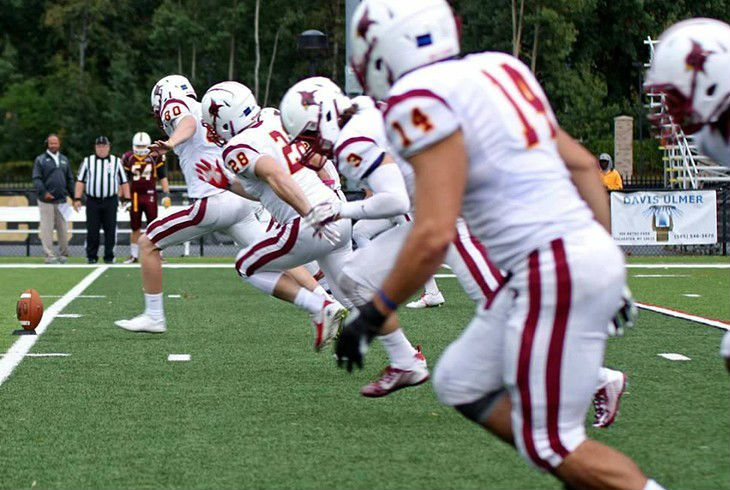 It’s been a long time since we last saw a Division III game that counted. The Stagg Bowl was way back on Dec. 19, a mere 258 days ago. It’s been a longer wait for the 240-odd teams whose seasons ended before Salem, and still longer for McMurry, which returns to D-III after leaving following the 2011 season. Belhaven comes over from NAIA, and has never played a D-III game; Neither has Finlandia, which plays its program’s first game Saturday against Alma.

There are six Thursday night games, 12 on Friday and 92 on Saturday. Subtract the seven non-D-III opponents, and 195 of the record 247 teams that will play D-III football this season are in action on opening weekend.

Enjoy it. Whether you’re playing, watching or involved in game day some other way, it’s a three-hour break from everything else in the world. It’s a chance to see old friends and make new ones, to watch some players dig deep and pull out something from inside that they didn’t even know they had. It’s a chance to watch student-athletes who won’t forgo the first part of that deal.

I played tackle football for 13 consecutive seasons, between Pop Warner in Somerville, Mass., high school in Runnemede, N.J. and at Randolph-Macon in Ashland, Va. In that picture below, which was taken in one of my first seasons writing for D3football.com, I’m 23. Which reminds me that I’ve now not been playing football for more consecutive autumns than I played. All of which is to say, this weekend, if you’re a player, coach, parent or fan, take it all in and savor it. It goes by quickly. Teams only get eight to ten game days a season, unless they play really well and advance through the playoffs. But as those accustomed to playing 15 weeks would tell you, greatness happens one game at a time (a UW-Whitewater standard) and starts with respecting your opponent (something I’ve heard more than once at Mount Union).

Respect the game. Enjoy it. Savor it. Finally, it’s back.

Triple Take is our weekly predictions column. Typically it appears on Friday morning, but with games kicking off on Thursday night, we’re presenting it a few hours early.

Which team that finished strong in 2014 is going to have the biggest Week 1 letdown?

Which lopsided matchup would you most like to be more competitive?

Pick a color: Green or yellow