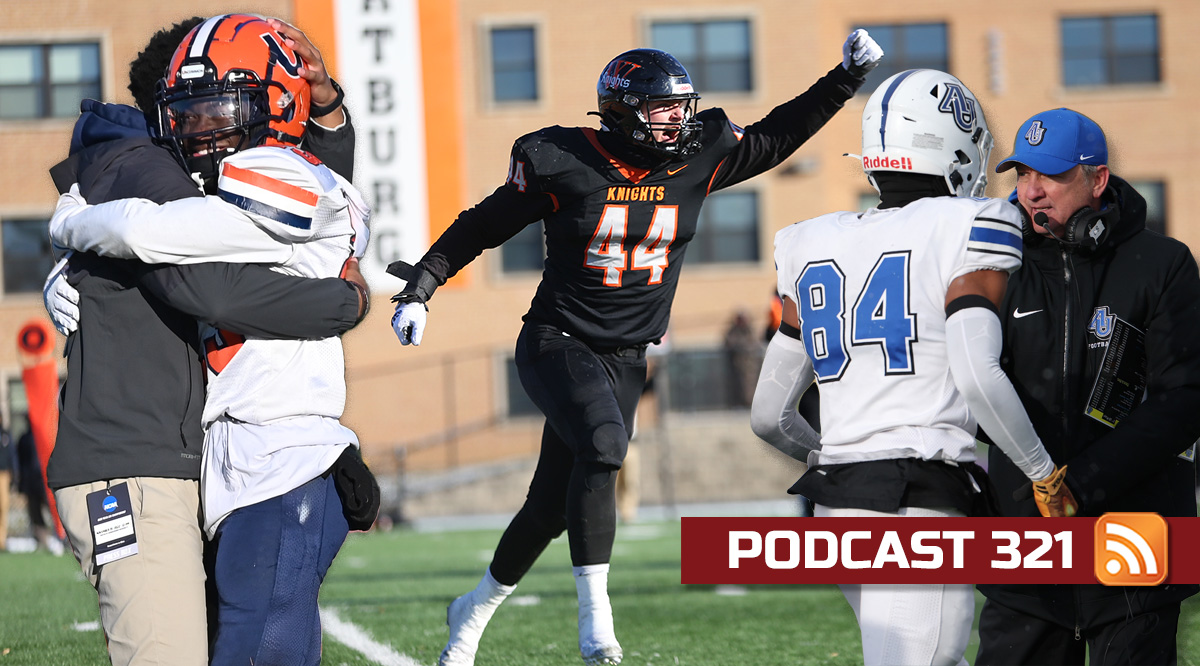 We asked out loud how the Division III football playoff bracket could possibly live up to the 11-week regular season.

Are you not entertained?

Sure, every first round has its share of blowouts, and this one had four shutouts. But it also had … dare we say, the biggest first-round upset since the Division III football playoffs expanded to five rounds?

Yes. We dare say that. Aurora coach Don Beebe said his team wanted to get either Mount Union or UW-Whitewater and not only did the Spartans get what they asked for, they made good on it, upsetting UW-Whitewater 33-28.

Wartburg added to the first-round surprises, defeating UW-La Crosse 14-6 and helping knock the WIAC out of the postseason entirely in the first round for the first time since 2002. We chat with Knights head coach Chris Winter about the challenges faced, the defense that helped them face them, and the week ahead.

Plus, you hear voices from around the bracket, including the coach in a kilt on the sidelines, the story of the kicker who recovered a fumbled kickoff and helped his team take the lead, the quarterback whose shoulder is the object of many questions. That and more.