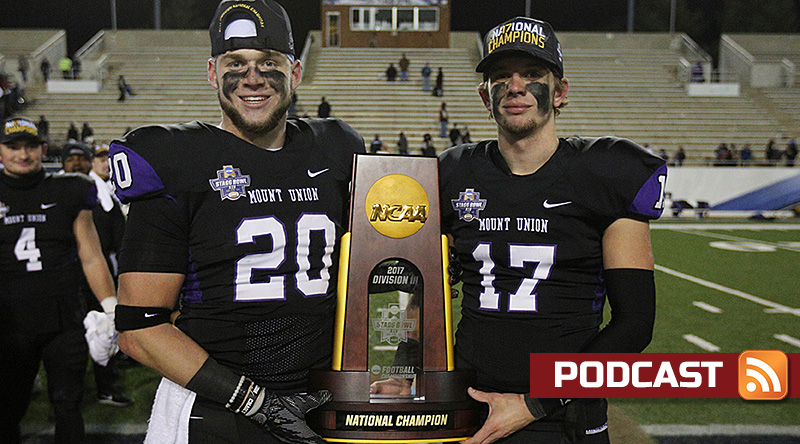 Our traditional gathering to end the Division III football season takes place in Salem, at Mac & Bob’s. In 2015, when the Internet connection at Salem Stadium cut off our postgame broadcast, we started recording our final podcast there. And last year, we recorded it live, for an audience.

That tradition was short, but sweet, one of the many things we did for the final time. But Pat and Keith, Adam Turer and Frank Rossi and the D3football.com crew did the same Friday night. And they were joined by guests who could talk about the long history of the Stagg Bowl in Salem, Virginia, former NCAA liaison Wayne Burrow and longtime Stagg Bowl game manager Carey Harveycutter. This final 2017 podcast is both a farewell to the season, and a Salem retrospective that tells us how the destination of Division III football came to be this small town in the Roanoke Valley.