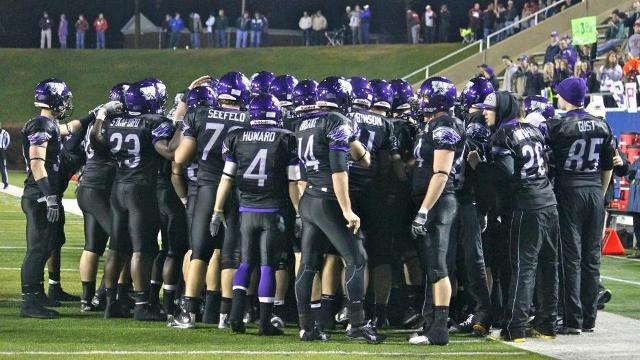 Zach Howard, senior backup wide receiver for UW-Whitewater, posted this public note of thanks to his Facebook account on Thursday night. It’s an insight into what Division III football players everywhere could feel on the eve of their final career game. We share it here as part of the run-up to tonight’s Stagg Bowl XLI kickoff. As I lay here on the eve of what will be the last game of football I will ever play, so many END_OF_DOCUMENT_TOKEN_TO_BE_REPLACED

Watch the game on ESPNU, listen to it on http://d3football.com/videolink/stagg-bowl, and interact with us here as Mount Union takes on St. Thomas in Stagg Bowl XL. The Purple Raiders are seeking their 11th national championship and first since 2008. The Tommies are making their first appearance in Salem.

Two of the nation’s top defenses will try to slow two sophomore quarterbacks who have been playing beyond their years in this postseason. How will the Tommies’ handle their first championship game? Will the Purple Raiders seniors play tense, knowing this is their last chance to avoid becoming the first Mount Union class without a ring since the 1989 freshmen?

Let us know your thoughts on the game and interact with us throughout the night.

Alright, here we go. Pat and Keith are heading to the tailgate shortly and will greet the early arrivals! Meanwhile, join us in the live chat below as well, or tweet with the #d3fb hashtag.