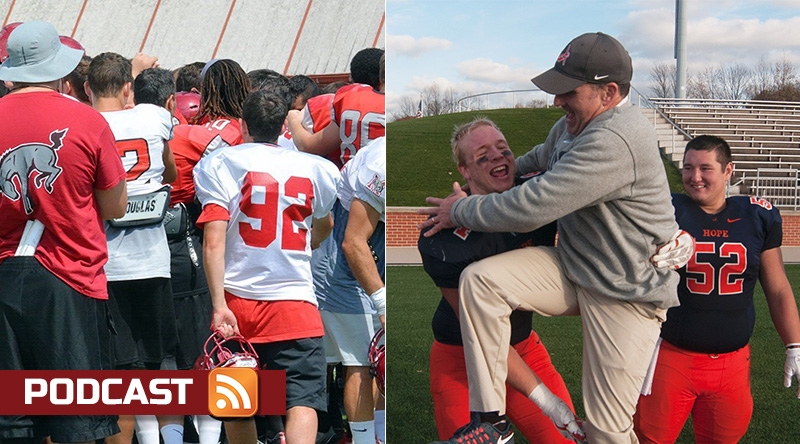 One of the big topics of discussion right now in Division III football, and in college football as a whole, is preseason practice time, including what seems to be likely — the end to two-a-day practices in camp. It’s certainly important to coaches, who have already planned their August camp, especially in Division III, where spring ball is not the same as at the other levels.

With us to talk about that and other issues are Muhlenberg coach Mike Donnelly, UW-Whitewater coach Kevin Bullis and Hope coach Peter Stuursma. In addition, Pat Coleman and Keith McMillan discuss the implications of the pending move of Buffalo State to the Liberty League, how that affects the playoff bids and schedules going forward. Plus. who bid to host the Stagg Bowl? We’ll talk about the possibilities.