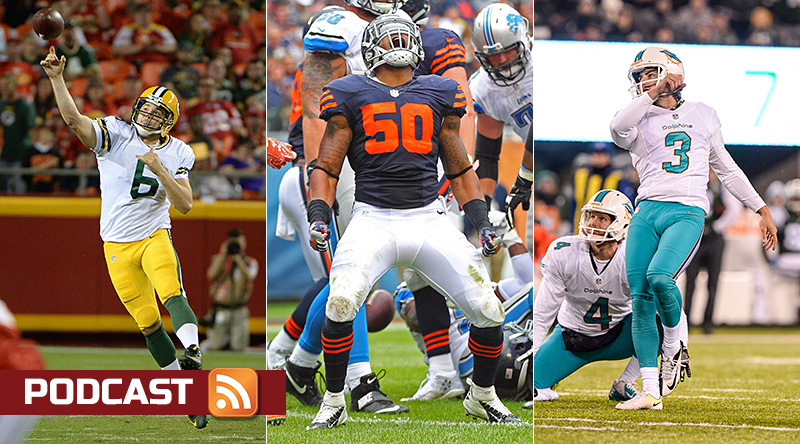 Members of this past year’s senior class are chasing their dreams of pro football right now, and next year’s senior class has players hoping to do the same. In light of that, the February edition of the D3football.com Around the Nation podcast talks with three Division III alumni who are living that dream, in various stages of their career.

For former UMHB linebacker and D3football.com Defensive Player of the Year Jerrell Freeman, the story of how he got to the NFL is an unusual one, but a path a D-III alum might need to go. Andrew Franks, a kicker for RPI, has a different story to tell because he’s a specialist (and an engineer), while Wesley quarterback Joe Callahan was cut three times last year, and worse yet, spent a long portion of the season with the Cleveland Browns. Listen and share.