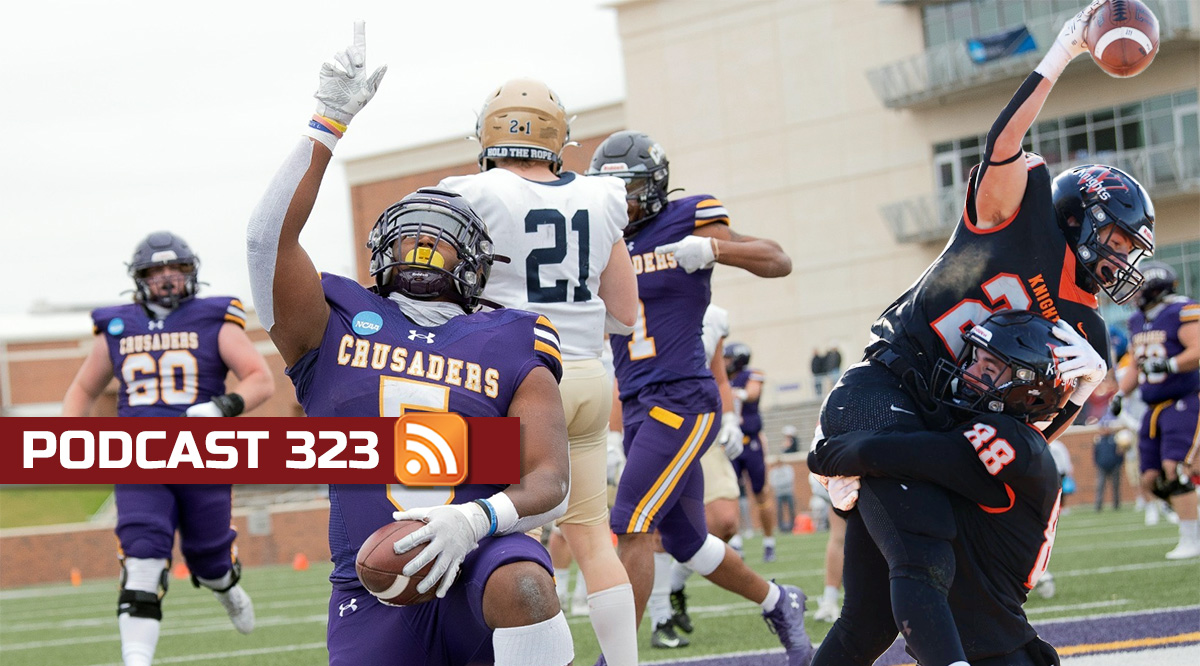 No. 1, No. 2, No. 3 and No. 12 are the four teams left in contention for a trip to Annapolis, Maryland, for Stagg Bowl XLIX. Mary Hardin-Baylor took down Bethel with a fourth-quarter surge, while Mount Union eased past Delaware Valley, North Central trounced Ithaca and Wartburg did the same to Aurora.

The key story at Wartburg? Just the mere fact that Nile McLaughlin was in the lineup at quarterback for the Knights. For Mary Hardin-Baylor, it was KJ Miller’s 65-yard touchdown catch and run. We’ll hear him talk a little about that. We hear from North Central’s Luke Lehnen and Mount Union’s Braxton Plunk as well after they quarterbacked their teams to victory.

Pat and Greg give out their game balls, one on offense and one on defense, and you can learn more about the status of the big postseason awards that are coming in the next week, plus find out which players were on Pat and Greg’s Gagliardi Trophy ballot.

Plus, the end of the season at Bethel and Delaware Valley also marks the end of careers for key players in this run. The end of the 2022 football season for the Royals leaves coach Steve Johnson feeling a little emotional, and Delaware Valley defensive back Blaine Netterman talks about having played with the Nobile brothers since sophomore year of high school, and the future of the Del Val program.

Plus, what’s the difference between rebuilding and reloading? How do those elite teams remain at that level?

One thought on “ATN Podcast 323: Down to a fantastic four”