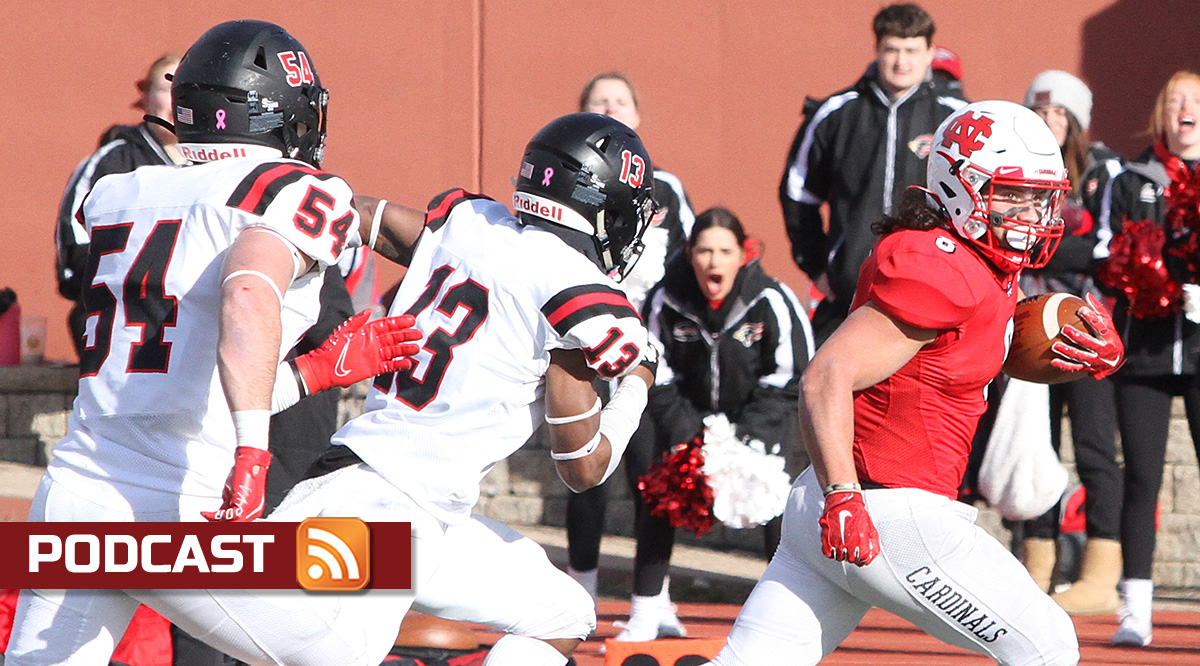 This is not perceived slight. This is actual, honest-to-goodness, true, verifiable slight.

Near the beginning of our podcast season we had some audio Jeff Thorne said to his players on the field after his team handled Wheaton in the Little Brass Bell game in which he talked about the program not getting the respect it deserved as defending champion. Well, the Cardinals got it after that game from the D3football.com Top 25 poll, and eventually the AFCA Top 25 followed suit, but apparently not enough people on the NCAA Division III football committee thought so, as North Central was inexplicably sent on the road to Mount Union for the national semifinals.

Pat and Greg talk through all the ramifications, everything we learned about this from committee members past and present, and more, including that apparently one thing the committee did was so egregious that a committee higher up could review it as soon as Monday.

Plus, we talk with Frank Rossi, for his from-the-sideline take on everything that went down on actual game day in Alliance, Ohio, where Mount Union had to survive in overtime against No. 15-ranked Muhlenberg. And we hit the other three quarterfinals and reflect on what we’ve learned in the playoffs so far and how that will apply to head-to-head matchups between North Central and Mount Union, and UW-Whitewater and Mary Hardin-Baylor.