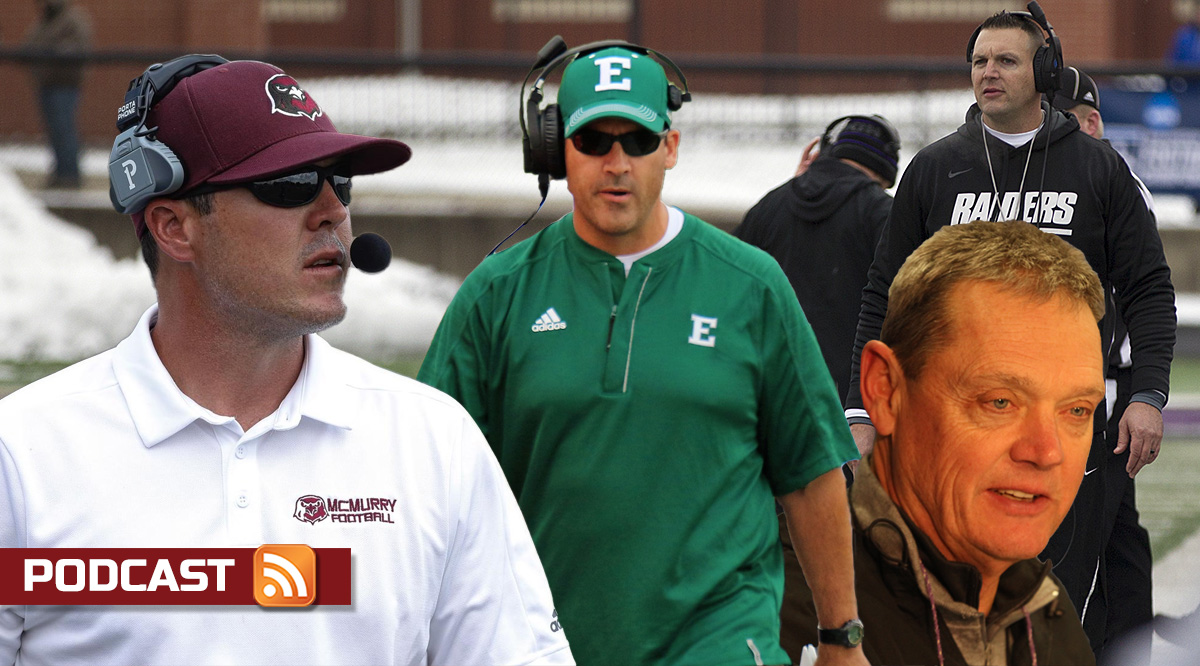 Who might replace Vince Kehres as head coach? Pat and Keith are joined by Adam Turer, and they look at some of the possible names — Mount Union alumni who could well be the next Purple Raider head coach. Plus, we’ll also talk about what sort of Purple Raider program that person will inherit.

In addition, we start our offseason podcasts as we always do, with long-form interviews of Division III coaches. This month, we caught up with Aaron Keen, the new head coach of Washington University in St. Louis — literally on his first day on the job in mid-January. What is on the to-do list for the man replacing another LK — Larry Kindbom? Plus, what did he forget to do on Day 1? And why would a man who could be an offensive coordinator in a power conference, or perhaps a Group of Five head coach, want to come back to Division III? We hear his take.

We also chat with McMurry head coach Jordan Neal. He enters his second year with the program, one which can seemingly only go up after an 0-10 finish in 2019. We talk with Neal about his career on the opposite side of town, as a quarterback at Hardin-Simmons, plus his time as an assistant coach and how he found all of the people who are now on his staff. And then, how do the War Hawks get the program turned around?

And we take your questions: If we could wave a magic wand, where would we put the Stagg Bowl? Who will be the next coach at Wheaton? And who won the decade?