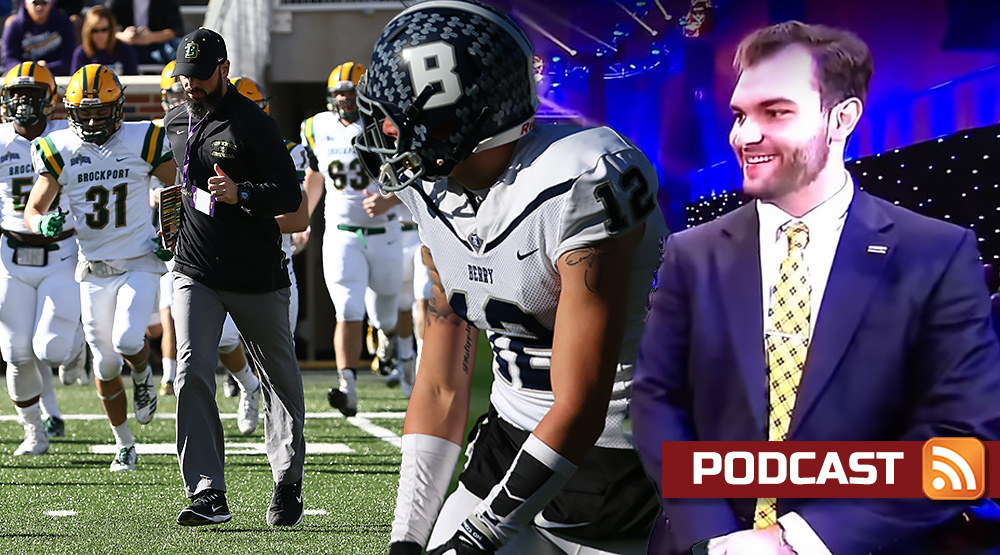 January might not seem like a busy month in Division III football, but Division III was represented on the big stage, both at the Sugar Bowl and the Senior Bowl, while the offseason got a bit of a late start for teams that advanced in the playoffs.

To wrap up January, we talked with Wooster offensive lineman Patrick Mohorcic, the captain of the AFCA’s Good Works team, about his work combating violence against women, Wooster’s challenging season and more. Brockport coach Jason Mangone reflects on his team’s run to the national semifinals, getting a late start on recruiting and the fate of his playoff beard. And Berry coach Tony Kunczewski talks about his team’s run to the playoffs, building a program in a part of the country where Division III isn’t well known, and how being on the national committee shapes his understanding of the playoff picture.

Plus, there’s a piece of breaking news in this podcast, as one senior who has a fifth year of eligibility is identified and announced. And since there’s a football game this upcoming week, nobody was allowed to get out of the podcast without giving a prediction for Super Bowl LII.

This is a long podcast. Perhaps you need to set aside a few extra minutes to listen. But we would appreciate it. As would our guests.