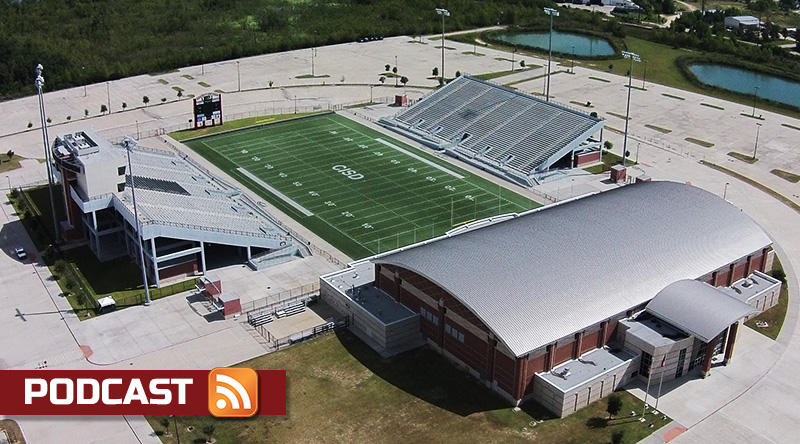 We’ve talked a lot already about the Stagg Bowl leaving Salem, which is big news in Division III circles, and now it’s time to take a look at the first of our new hosts, Shenandoah, Texas. Although the first Stagg Bowl in Woodforest Bank Stadium isn’t for another 20 months, we talked with the championship’s host to get an early idea of what they have planned, and it should be interesting to see how the Houston area supports the Stagg Bowl.

Meanwhile, there’s still a lot of talk and reaction about the elimination of two-a-day practices in college football, and Wash U coach Larry Kindbom, who leads the Division III coaches committee for the AFCA, talks about what has to happen next. Is this the time to resurrect the idea of spring practice in pads? Also, we talk with UW-Whitewater coach Kevin Bullis about his program — he described his reaction to the 2016 season as “pleased, but not satisfied” and it’ll be interesting to hear your take on it as well.