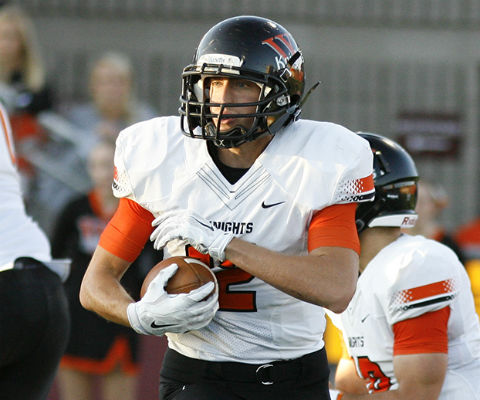 Wartburg played its way up in the Top 25.
Photo by Caleb Williams, d3photography.com

I’ve often told people that you can’t just analyze a team’s placement or movement in the Top 25 in a vacuum. The reality is, all 25 teams’ placement (and those in the others receiving votes) are all relative.

Case in point this week: Wittenberg moves down three spots in the first regular-season D3football.com Top 25 after losing by six to Butler, a Division I FCS team (albeit, a non-scholarship opponent). When I’m voting, I try to keep a few things in mind: Did we expect this result, or should we have expected them to win? That may mean I don’t drop Wittenberg or a team in a similar situation (Thomas More) on my ballot.

Nonetheless, Wittenberg dropped three spots. And in all honesty, that’s because Wabash and Wartburg really deserved to move up. Wabash beat a ranked team, while Wartburg basically dismantled a pretty decent team.

It may also be helpful to look at the poll points. They can tell you two things — first of all, where are the tiers of teams, and secondly, how far a team truly moved each week.

Going back to Wittenberg as our example: The Tigers received 244 points in the preseason poll and 225 in the Week 1 poll. That difference of 19 points means that the 25 voters moved Wittenberg an average of about one spot on their ballot. But Wartburg went from 175 points to 267 (plus-92) and Wabash went from 191 to 294 (plus-103). Johns Hopkins, the other team that passed Wittenberg, gained 74 points as they helped erase one of the preseason concerns about their offense.

Wesley and Linfield swap spots. I think it’s pretty easy to see that Wesley beating a ranked team is more impressive than Linfield not playing. And this was only a shift of 12 points: Wesley trailed Linfield by five in the preseason and leads by seven now. There is a cluster of teams ranked 4-7 that are within 18 points of each other, then a big dropoff to No. 8 UW-Platteville and another one to No. 9 St. John Fisher.

One thought on “Top 25 poll analysis”