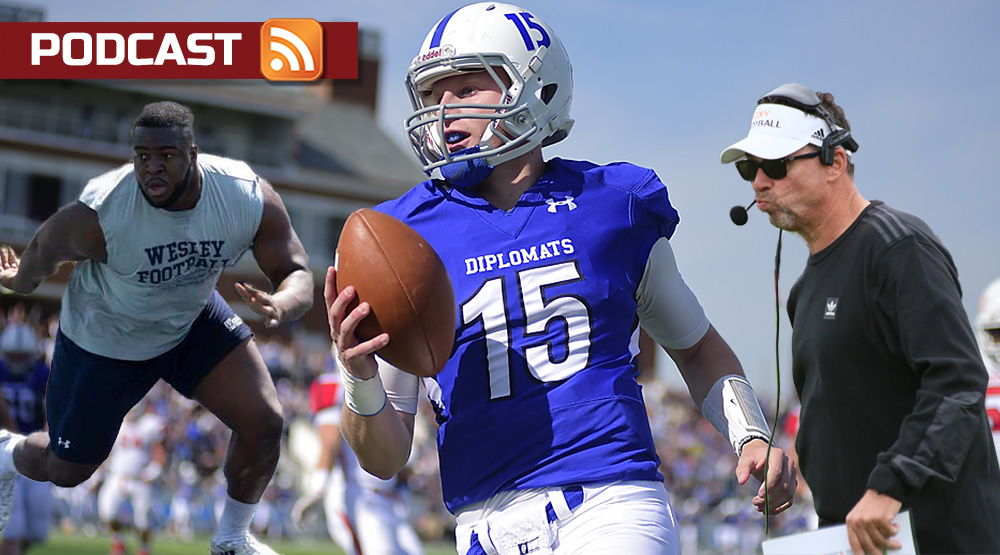 At the end of an April with a lot of Division III football news, we’re hoping for some even bigger news — an NFL draft pick. Those don’t come every year in D-III, but Wesley offensive lineman Matthew Gono is a prime candidate and we sit down with him to hear about the prospect process and his Draft Day plans on the D3football.com Around the Nation Podcast.

Franklin & Marshall is trying to buck the trend as well, as the Diplomats have their sights on knocking off Johns Hopkins in the Centennial. The Dips have a new stadium at their disposal as well, and coach John Troxell talks about the process that went into Shadek Stadium and how important a previous coach’s players was in making that happen. But Occidental has the biggest odds to overcome, it seems, with the Tigers trying to rally after playing three games last season and essentially getting a $280,000 fundraising tab it has to pay up from its administration.

Plus, there’s the two pieces of big news involving Mary Hardin-Baylor, one of which also involves Mount Union. Pat Coleman and Keith McMillan talk about the NCAA violation UMHB reported, plus the impact a new QB will have on the Cru. Will more schools jump to the NAIA? That and more on the April 2018 podcast.